A polygraph, better known by the public as a “lie detector test”, is used in labour proceedings by an employer to assess the truthfulness of an employee in a dispute or event.

Read more
Festive season car crashes: Who can claim from the RAF?

In many cases, sales of immovable property are subject to conditions relating to bond financing or the sale of another property.

Read more
Cohabitation, engagement and the myth of the common law marriage

In this article, we debunk the notion that a couple living together for many years creates automatic legal rights and duties between them.

Despite common belief, the finish line when buying and/or selling property is not reached when entering into an agreement of sale or even when signing the transfer documents at the conveyancing attorney’s offices.

In the world of blockchain innovations, Non-Fungible Tokens are gaining traction at a rapid pace and have become a popular forum for people to commercialise their intellectual property rights. What is domestic violence? What will happen to me and my children in the midst of a pending divorce?

The end of the festive season sadly sees an expected rise in the onset of divorce actions. These leave many… 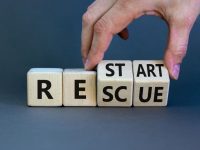 Ethics to the rescue (Part 1) School discipline and the law – What you need to know

What laws impact how your child can be disciplined at school According to the South African Schools Act, all learners… In what is believed to be the first case of its kind, the Ethiopian Supreme Court has issued a decision… Shacking up? You should have a Will or cohabitation agreement

These days, before (or instead of) getting married, many South Africans are living together, in permanent life partnerships. Although the… Remembering the big picture, especially as you ease into 2022…

As you sit in front of your laptop for what is probably the first time in a couple of weeks,…

Notice of Paid and Unpaid Suspension

Can we become the cannabis kings? – CDH

Phetheni Nkuna Director in our Employment Law practice joined eNCA to discuss sexual harassment in the...
A day in the life of a business rescue attorney – CDH

Lerothodi Mohale, Senior Associate in our Business Rescue, Restructuring & Insolvency sector at CDH was a...
What is a will and testament? – Legal&Tax

In this webinar, we provide you with guidelines and advise you on the correct procedure that...
Making Labour Law work for you – Legal&Tax

Ensure that you are treated fairly and equally at your workplace. From basic work conditions to...