Fadia Arnold was admitted as an Attorney of the High Court of South Africa in 2011 after completing two years of article clerkship.

Fadia's legal expertise lay in the employment and labour law arena and she has represented both employers and employees in numerous disputes spanning her career. Fadia has appeared nationwide in the Labour Court, CCMA and Bargaining Councils in respect of employment law disputes and has extensive experience in public speaking and lectures surrounding her areas of expertise.

Fadia writes regular articles and opinions for various legal and other publications and appears frequently on various radio and television channels as a guest host in respect of employment or other legal-related topics.

Fadia has worked at numerous law firms, most notably the well respected, top law firm Werksmans Attorneys as an Associate in their Employment Law Department, soon after after being admitted as an attorney.

Fadia is currently the Director of Arnold Law Legal Consultancy, a private legal consulting company she founded in 2020.

What is Gender Based Violence? How will I know if I am a victim and what can I do about it?

Introduction Indeed, I am an employment lawyer and all my previous articles are employment related. However, in doing my job I often see how many women and some men are being victimised based on gender and it has now become a passion project of mine to keep raising awareness.… A polygraph test, or more frequently called a lie detector test is a test used to verify a person’s truthfulness via a series of questions posed to the individual undergoing the test. In short, a polygraph test records a number of different bodily responses …

Desertion from the workplace by an employee

Introduction The definition of desertion is that an employee has left his or her place of work and does not appear to have any intention of... Are you an employee or an independent contractor? What is the difference? Introduction Both the Employee and the Employer are able to take an arbitration award or ruling by the Commission for Conciliation, Mediation and Arbitration (hereinafter referred... 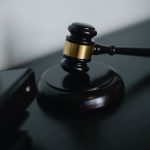 A new employee earnings threshold has been issued. What does this mean for employees?

Introduction Most people, from my own personal interactions with them, are not aware of the earnings thresholds nor do they know what an earning threshold is... 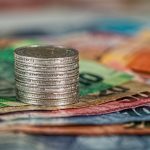 Introduction: Item 8 of the Code of Good Practice: Dismissal – which is incorporated into the Labour Relations Act 66 of 1995, deals with all issues... Protocol for dismissing an employee for poor work performance

Introduction Employees, when dismissed by their Employers are in many cases dismissed for some form of misconduct on the Employee’s part. However, dismissal for poor work... 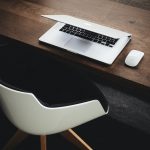 Introduction: Almost one year ago 2020 was hit by COVID-19 causing many Employees to regrettably be retrenched. With the second wave having just occurred, 2021 may... 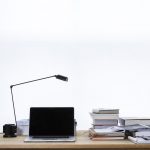 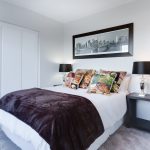