David Bowie is dead at 69.  During his larger than life career in music that spanned more than four decades, he was dubbed Rock ‘n Roll’s greatest chameleon and also the Master of Reinvention.  He was inducted to the Rock ‘n Roll Hall of Fame in 1996.  A true Renaissance Man, Bowie was also an accomplished actor, songwriter, musician, performer, writer, painter – a true artistic visionary who stood tall above his peers insofar as innovation is concerned.

Bowie’s far-reaching appeal transcended genders, cultures and generations.  His music and performance style influenced most of the top performers since the 70s.  Bowie wrote over 700 songs and sold more than 140 million records worldwide in a groundbreaking career.

Bowie was one of the first performance artists in popular music.  In the words of Alice Echols (renowned cultural critic and historian), we may never have seen the likes of Madonna, Grace Jones or Lady Gaga, if Bowie never took the stage.

Bowie’s musical and performance genius was second to none and his ability to create and embody captivating alter-egos such as Ziggy Stardust, The Thin White Duke and Thomas Jerome Newton (from the Alienated Alien in Nicholas Roeg’s 1976 sci-fi cult classic) kept international audiences spell bound for nearly half a century.

What is perhaps not so well known about the Master of Reinvention is that he was also an Intellectual Property (IP) Trailblazer.  His business dealings were just as savvy and creative as his on-stage performances and alter-egos.  Not all of Bowie’s fans might know that he also established an Internet Service Provider and was one of the very first artists to issue a digital single.

His true business finesse was perhaps most strikingly revealed in his IP-protection and commercialization strategy.  As a young artist, Bowie signed his first record deal in 1967 at the age of 20.  Although most artists of that age would simply sign on the dotted line if any record label were willing to make a deal with them, Bowie must have received excellent IP and financial counsel as he rejected the traditional way of contracting with a label. He negotiated to receive much less up front, in return for a transfer of the copyright in the master recordings about 22 years later.  Way back in 1967, Bowie already fully understood that the key to financial success in the music business is to own the rights in your own music and recordings.  As he wrote the lyrics and composed the melodies to most of his songs he owned the copyright in his music, but by negotiating a later assignment of rights from the recording studio in the recordings as well, he would be able to commercially exploit the recordings for his own gain when the rights reversion took place.

When Bowie eventually captured the rights to the sound recordings of his first album in 1989, he proceeded to license the use of his recordings back to his record label – in return for royalty payments, of course.  He took a long term view and set an example not only to other artists, but also to businesses.  All businesses generate IP assets in one form or another.  If the business managers do not fully understand the potential of their IP or how to protect, develop and commercially leverage their IP assets, the relevant businesses would never reach their full commercial potential.  This shows how critical it is to any artist, performer, business owner or manager to obtain top legal advice in order to fully comprehend what can be done to secure, manage, protect, develop and exploit IP assets.  IP assets are created and developed over time and the best time to give attention to the planning of an appropriate IP strategy is as early as possible in each business venture or endeavour.

In 1997, when Bowie built up a strong catalogue of original and commercially successful records, he negotiated a ground-breaking deal to establish the first instance of a catalogue-tied financial instrument on Wall Street.  At the time, Bowie received numerous offers for his musical catalogue to the value of about US$100 million.  Instead of selling the rights to his own music, Bowie structured an investment vehicle through a US-investment firm on Wall Street, Fahnestock & Co, in terms of which stocks to the value of $55 million (in $1,000-denominated bonds) were sold that provided 10-year security bonds paying 7.9 percent, backed by 25 Bowie albums recorded before 1990.  Through this deal, Bowie received the payment of US$55 million up front and investors profited from his music catalogue by receiving royalty rights in his music catalogue for a limited time (10 years).

Bowie’s groundbreaking deal influenced other established artists in the same way as his music.  They followed suit and not long after the issuance of the so-called “Bowie bonds”, legendary James Brown and (the estate of) Marvin Gaye adopted the same model.  This business model allows for an artist to receive huge numbers of investment cash up front which assists them to further diversify their portfolios and making meaningful and more substantial acquisitions and investments to further leverage and diversify their assets.

Bowie used this financial windfall to purchase back the rights in other sections of his musical catalogue from music producers and record labels where he did not yet own complete rights to his recordings.  Bowie’s management of his IP rights by acquiring full ownership of rights in this music and recordings and his astute licensing of the use of the music to record labels, music producers, other artists, film studios and so forth allowed him to commercialize his works and to receive full financial profits and returns.  When Bowie passed away, it is rumored that he left more than US$200 million to his wife, the internationally acclaimed model and business woman, Iman.

From a young age, Bowie took a keen interest in astute estate planning with the view of leaving a financial legacy to his family when he would eventually pass away one day.  In fact, he did so much more than that, he inspired generations and showed artists in the music industry not only how to innovate and stay relevant through performance art, but also how important it is to own the rights in your own music and recordings.  In an industry that is dogged by instances of unfair business dealings and unwary artist exploitation, David Bowie shone the light on how financial security and success is achievable through proper IP management and commercialization.

Call David Bowie by any name, Ziggy Stardust, the Chameleon of Rock, the Master of Reinvention – his impact on the world was heartfelt by generations; it reverberated through Wall Street; it changed lives for the better and he achieved what he set out to do from the start.  He left a legacy – not only to his family, but also to his fans and peers to respect and to follow.

Goodbye Ziggy Stardust – may you rest in peace.

(This article is provided for informational purposes only and not for the purpose of providing legal advice. For more information on the topic, please contact the author/s or the relevant provider.)
David BowieEntertainmentIntellectual Property (IP)music producerssongwriterZiggy Stardust

Stephen Hollis is an Intellectual Property (IP) lawyer at Adams & Adams who advises local and international clients on brand protection and enforcement strategies with a specific focus on the... Read more about Stephen Hollis 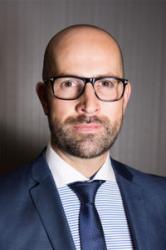 Stephen Hollis is an Intellectual Property (IP) lawyer at Adams & Adams who advises local and international clients on brand protection and enforcement strategies with a specific focus on the...