Protecting your rights and interests when the authorities fail to act Jan-Harm Swanepoel recently represented the interests of a client and the firm in securing an order from the High Court for the imprisonment of a Respondent based on a Contempt of Court Order.

The First Respondent embarked on a series of serious intimidating, threatening and defamatory conduct against a client of the firm and even against partners of Adams & Adams. The First Respondent’s actions included blocking access to the client’s business premises, harassing, intimidating and victimising representatives of the client and burning objects at the client’s business premises.

Sadly, officials of the Police Station (SAPS) with jurisdiction (located less than 5 km away from the client’s business premises) failed to respond to the initial calls to take action against the First Respondent or investigate his actions.

Adams & Adams eventually represented the client successfully in three urgent applications against the First Respondent. During the most recent urgent hearing on 22 February 2022, the Johannesburg High Court handed down judgment and ordered that the First Respondent be committed to imprisonment for a period of 90 days.

Companies, businesses and individuals should obtain legal advice on their options when dealing with individuals who consider themselves to be above the law. Unfortunately, lawlessness of the nature addressed in our client’s cases may become more prevalent, especially where the authorities do not take action.

The two court judgments handed down on 28 January and 22 February can be accessed at:

(This article is provided for informational purposes only and not for the purpose of providing legal advice. For more information on the topic, please contact the author/s or the relevant provider.)
businesscase law and precedentsConstitutional Courtcontempt of courtcourtcourt orderhigh courtinterdictIntimidationjudgmentjurisdictionSouth African Police Services (SAPS)

Jan-Harm Swanepoel is a partner in the Anti-Counterfeiting Department. He obtained his LLB from the University of Johannesburg, completed his articles and joined the Department of Justice as a public... Read more about Jan-Harm Swanepoel 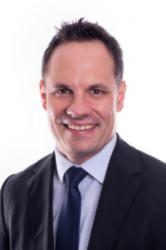 Jan-Harm Swanepoel is a partner in the Anti-Counterfeiting Department. He obtained his LLB from the University of Johannesburg, completed his articles and joined the Department of Justice as a public...