Determining inventorship is often fraught with peril because all researchers working on a research project desire to be recognized as an inventor in the event that patent applications are filed. The question then arises as to how does an organisation wishing to filing a patent application determine inventorship?

An invention is generally the fruit of a collaboration of researchers in which each participant has made his/her own contribution to the final work.

The concept of “inventorship” can be very confusing for many researchers, since researchers are accustomed to being listed as an “author” in a journal article, a very different issue as to whether an individual may be an inventor on a patent.  Here we see that “inventorship” and “authorship” become important intertwined issues.

An individual may have made some truly useful contributions to a research project, which rightfully suggests that they should be cited as an author in a published article. However, it is not true that all cited authors can be considered to be inventors.

Essentially, the inventors are those responsible for devising the invention such that the benchmark of being an inventor is assessed by determining whether that person contributed to the conception of an invention. Following from this, any person who participated in the invention, either by analysing the problem to be solved or the technical solution to be provided will be considered as an inventor.

In an enquiry into inventorship, it is important to distinguish between those members of a research team who have not imparted actual inventive input to the invention and those that have. The former will generally be considered to be mere executors and not true inventors. This is the case in general with a technician, foreman, maintenance engineer, lab preparator, manager, company official, secretary, chairman of the executive board, director, chairman of the board of directors, and so on.

For example, where a PhD student carries out a reaction process according to the scheme devised by the student’s supervisor, the student does not become an inventor because the student was merely following the directions of the supervisor. In such a scenario, the supervisor is the true inventor. If all an individual does is use his or her ordinary skills to assist an inventor after that person has conceived the invention, this person does not qualify as an inventor. Thus, participation in the reduction of the invention, without more, (that is, passively following the instructions imparted) does not make an individual an inventor.

Where a post-doctoral chemist adds a feature to a prototype which the chemist’s laboratory is working on, such that the additional feature affords the prototype another useful purpose, the chemist will have contributed to the conception of the invention and, as a result, is deemed to be an inventor.

From a practical point of view, it is generally easier to sort out the chain of inventorship and any disputes arising therefrom at the onset of an invention. Therefore, it is important to ensure that good recording keeping is established, namely of each individuals’ contributions along the way and of efforts to reduce the invention to practice, for later reference in determining true inventorship.

Accordingly, for any prudent patent applicant, it is of utmost importance to identify the proper inventors, as any patent without proper inventorship may be at risk of being revoked.

As important as considering inventorship, the language used in employment contracts should be reviewed and properly worded so as to clearly transfer the ownership of any inventions developed.

The same principles apply when a research agreement is entered into prior to any research commencing. In this regard, it is extremely important for the parties involved to determine where the ownership of any inventions that are developed will reside and to have a written agreement to that effect. The failure to have a proper agreement may result in the complete loss of ownership of the invention or of the value of the invention.

As issues of inventorship and ownership are often unclear, by proactively seeking the opinion of qualified patent attorneys, avoidable and undesirable disputes down the line can be avoided.

(This article is provided for informational purposes only and not for the purpose of providing legal advice. For more information on the topic, please contact the author/s or the relevant provider.)
employment contractimprovements and modificationsIntellectual Property (IP)inventionsmanufacturingpatent applicationpatents 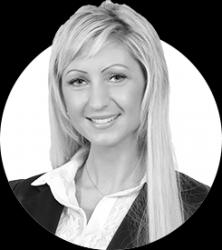 Ursula is a Director and Patent Attorney at KISCH IP. She has experience in: ...