Home » Dispute Resolution » Litigation versus arbitration: which to use in a civil dispute?

Litigation versus arbitration: which to use in a civil dispute? 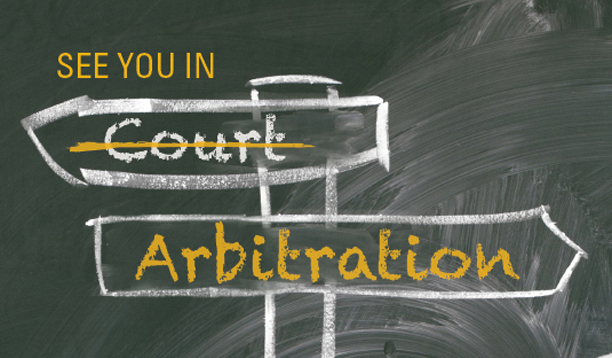 What is the difference between litigation and arbitration; two processes of dispute resolution in South Africa? In this article, I review the basic elements of each as well as the benefits and pitfalls one experiences when going through either. This article aims to clarify why you might prefer to use the one means over the other to resolve a civil dispute.

Litigation is a very old process of dispute resolution which takes place in our courts – whether it be the Magistrates’ or High Court and the respective appeal courts of those. A Magistrate or Judge presides over the process, hearing each case put forward and delivering a judgment thereafter. Civil litigation is between two parties and criminal litigation is between one (or more parties) and the State. Civil litigation cases are conducted in a very public forum and the process is formal and highly regulated. The entire matter is of public record with anyone, including the press, having access to the records that are filed as part of each party’s case.

Arbitration, on the other hand, is a far less formal mode of dispute resolution that does not take place in a courtroom but a venue that the parties choose. An arbitration hearing is conducted completely outside the ambit of the courts. Parties in a dispute with one another would proceed to have the matter adjudicated via arbitration in terms of a pre-agreement with one another when they contracted initially (before the dispute arose) or at the time of the dispute, rather than electing to go through the civil litigation process. The parties will agree on the rules and processes of the arbitration, for example, when and where it will be held, who the arbitrator will be and whether an appeal process is agreed to.

An essential difference between litigation and arbitration is that an arbitrator can be appointed by mutual agreement and be one who is skilled and experienced in the subject matter of the dispute, for example, in a building dispute, the arbitrator might well be an architect or building engineer. This is not the case with civil litigation, where the Magistrate or Judge is appointed by the State and the parties have little or no control over their appointment.

It is also far quicker to get an arbitration hearing than a court date. As soon as all the parties are ready with their documentation and the availability of their expert witnesses has been secured, the arbitration hearing can be set down – on average it can be a matter of months, with the process being completed within approximately six months. Alternatively, it can take 18 months to two years to get to the trial court in a civil litigation matter. In litigation and arbitration, the timings would obviously depend on the nature and complexity of the matter.

Disputes that are arbitrated are completely private and confidential – both the hearing and all the documentation involved. One can also add a “confidentiality clause” into the arbitration agreement forcing both parties to maintain confidentiality around the entire process.

In litigation, the judgment of the court can be taken on appeal. With the Western Cape High Court for instance, to a full bench of judges, then to the Supreme Court of Appeal and, if still unsuccessful, to the Constitutional Court in certain circumstances.  An appeal can add on an additional two years to the final determination and outcome of the dispute. Arbitration awards, on the other hand, possess a quality of finality. In general, arbitration awards are final. If the parties agree to an appeal procedure, the arbitration award may be appealed to a bench of three arbitrators. Even if the matter is appealed, the appeal can be heard as soon as a date can be set by the arbitrators and the parties to the dispute. Therefore, even the appeal in arbitration can be dealt with far more expeditiously than that of a formal litigation process.

Arbitration is, however, a more expensive route to follow than the litigation process. With arbitration, the cost of the venue and arbitrator is covered by the parties themselves, whereas with litigation, the cost of the courtroom, the Magistrate or Judge and other court officials is covered by the taxpayer. Having said that, time is money, and the lengthy appeal processes involved could mean a turnaround time of approximately four years from inception to final determination of the dispute.

In both litigation and arbitration, having attorneys represent each party is the norm, and each party calling expert witnesses, a standard – unless the matter is purely a factual inquiry. With arbitration however, the parties are more in control of the timing of the proceedings and can therefor better manage the time of their expert witnesses.

All in all, litigation and arbitration each have a firm place and function in our legal system. The arbitration process has certain advantages over litigation, however, the cost can be a deterrent.

(This article is provided for informational purposes only and not for the purpose of providing legal advice. For more information on the topic, please contact the author/s or the relevant provider.)
ArbitrationCommission for Conciliation Mediation and Arbitration (CCMA)Constitutional Courtcriminal offence/liability/recordhigh courtlitigationMagistrates CourtSupreme Court of Appeal (SCA)
Share