Quantum of interest claimed – in duplum rule: The defendant in Body Corporate of Nautica v Mispha CC [2022] 1 All SA 399 (WCC) was the owner of two units in a sectional title scheme, with the plaintiff as the scheme’s body corporate. The defendant’s units were a residential unit with a balcony and a garage unit. In keeping with South African law, the participation quota allotted to the units in the scheme determined the contribution or liability of owners towards the incurred expenses of the scheme.

Claiming the defendant failed to pay levies for the period of March 2008 up to May 2021, the plaintiff brought the present proceedings against the defendant for payment of R1 826 366,86 in respect of outstanding levies, electricity charges and interest on the arrear levies. While not denying not having paid levies due, the defendant denied that it was obliged to make payments as demanded by plaintiff, denied that any valid resolution was taken by trustees to adjust the participation quota, and to add compound interest at the rate of 3% per annum on all arrear levies.

It was held that the plaintiff’s claim simply arose, factually, from a failure to pay overdue levies. The defendant’s attempt to prevent the body corporate trustees’ adopting and retracting a resolution did not assist him in any way. He provided no acceptable justification for withholding payment of his levies. Unable to identify any tenable argument raised by the defendant, the court regarded him to be merely grasping at straws.

The next question addressed was whether the plaintiff had the necessary locus standi to institute the current proceedings. There was no basis for defendant’s contention that there was nothing to indicate that the party described as the body corporate of the scheme was in fact a body corporate in terms of the Sectional Title Act 95 of 1986. Section 2(7) of the Sectional Title Schemes Management Act 8 of 2011 confers standing on the body corporate to sue. That was exactly what the plaintiff was doing in this case. There was overwhelming evidence to show that it had the necessary legal standing to institute action for money owed to it by the defendant. The locus standi objection was accordingly dismissed.

Regarding the claim for interest, the court stated that the plaintiff, over and above the owed debt on arrear levies, was also entitled to the interest borne by the debt. Interest charges on arrear amounts are intended to mitigate the depreciation or decline in value of the currency, which is ordinarily occasioned by inflation. The parties in this case were in dispute regarding the quantum of interest charged in respect of the outstanding levies. The court confirmed that the plaintiff was entitled to levy compound interest on arrears. In respect of the claim for mora interest, it is established that the in duplum rule permits interest to run anew from the date that the judgment debt is due and payable. Interest runs on – and is limited to an amount equal to – the whole of the judgment debt, including the portion which consists of previously accrued interest.

The defendant was ordered to pay the capital amount plus interest at the rate of 9,5 % per annum from date of judgment to date of payment, limited to the amount of the capital debt.

(This article is provided for informational purposes only and not for the purpose of providing legal advice. For more information on the topic, please contact the author/s or the relevant provider.)
arrearsBody Corporatecourtdebt & creditDispute Resolutiondisputesimmovable propertyin dupluminterestjudgmentlegal proceedingsliabilityplaintiffpropertysectional titleSectional Titles ActSectional Titles Schemes Management Act 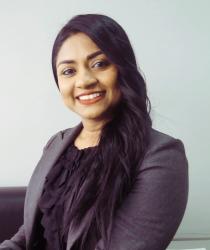