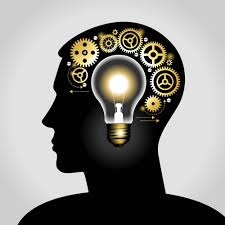 There’s a lot of interesting copyright in the recent South African judgment of South African Broadcasting Corporation v Via Vollenhoven & Appollis Independent CC and others.

Below, we summarise the legal issues that were considered in this case.

Exploitation exception and the philosophy behind copyright:

The filmmaker argued that the SABC clearly did not intend to exploit the work for commercial advantage. The SABC contested this, saying that it was conceivable that it might use certain parts of the documentary. The SABC also said that it wanted the “raw footage” that the filmmaker had retained, to see if it contained anything that the SABC could use. The filmmaker argued that the raw footage enjoyed a separate copyright, something the judge quickly dismissed: “This distinction is artificial as use of raw footage is integrally connected to the work.”

The judge accepted that the SABC didn’t seem to have any intention to exploit the film. But did this matter? The filmmaker said that it did, raising an argument that goes to the very heart of copyright law.

The filmmaker argued that an “exploitation exception” should be read into the infringement section 24(1), of the Copyright Act, 1978 with the result that any person seeking to enforce copyright must establish that it intends to exploit the work itself. The filmmaker argued that the purpose of the Act is not simply to reward and protect authors, but also to “promote the free spread of art, ideas and information … so as to enhance a vibrant culture in South Africa.”

But the judge was not persuaded. The judge referred to a judgment by the US Court of Appeal, which upheld the right of an author to prevent the publication of his private unpublished letters, even though he had no intention of publishing. The judge noted that there was “no acknowledgement in this case of an exploitation exception”.

The judge concluded as follows: “The notion that the owner’s copyright is conditional on exploitation is in principle unrelated to the main purpose of the Act, which is to grant a qualified monopoly to the owner and to reward the creator of the intellectual property … the view that copyright aims to promote public disclosure and dissemination of works cannot be regarded as a true reflection of the purpose of the Act and is not part of our copyright law … the ‘no waste no harm’ principle finds no place in the Act.”

The filmmaker argued that the non-owner author of a work can keep a single copy. The judge found that there is no such exception in South African law, beyond use by a library or archive.

The filmmaker argued that what she wanted to do fell within the “fair dealing” exceptions. But the judge disagreed, saying that her motivation was “to get the story out there”, not to show it for criticism or review. The exception that relates to the reporting of current events didn’t apply either because this was old news: “It [the film] deals primarily with the management of public funds by the previous government and secondarily the response by the present government.”

Section 16(1) of the Constitution protects freedom of expression. The filmmaker argued that such an exception should be read into section 24 of the Copyright Act. But the judge disagreed, saying that there was a “distinction between the work and the underlying story”. The filmmaker had the right to tell the story in a different work, she simply couldn’t use the film that she had already made under commission.

The result of the case:

The result was something of a draw. The SABC was granted an interdict (injunction) relating to the broadcasting and reproduction of the film, as well as an order requiring the filmmaker to deliver the raw footage. However, the SABC was ordered to negotiate in good faith as per the agreement regarding the sale of the film. Each party was to pay its own costs.

This is a decision that will more than likely be discussed in future copyright court cases.

(This article is provided for informational purposes only and not for the purpose of providing legal advice. For more information on the topic, please contact the author/s or the relevant provider.)
copyrightfair dealingSABC
Share