Advertising Regulatory Board – Friend or foe? By Sara-Jane Pluke and Georgia Barnard

We recently represented a local ‘David’ client who was brave enough to stand up to a ‘Goliath’ multinational and in doing so, challenge the constitutionality of the Advertising Regulatory Board (“ARB”) in the commercial court. Said multinational is an active and funding member of the ARB, frequently dragging its competitors through the ARB as opposed to meeting them in the sanctity of the courts. Our client is neither a member nor a funder of the ARB.

The ARB is a self-appointed, extra-curial body intended to regulate the advertising industry by enforcing a Code of Advertising Practice (“the Code”). Whilst the ARB was constituted with good intentions to curb offensive, harmful, or immoral advertising, and has its place in commercial society, the forum has long since been used as a vehicle by some competitors to stifle an opponent’s business alternatively, ability to sell its goods in the absence of what should ordinarily be enforced by order of a court.

By way of background, our client’s troubles with this multinational and the ARB started in early 2019, when the multinational lodged a competitor complaint against our client’s MAQ-SOFT fabric softener. Without going into the detail of the matter, this was a long and arduous fight by our client who initially agreed to change its MAQ-SOFT label, not because it agreed with the merits of the multinational’s complaint but because our client was secure in its knowledge that the success of its fabric softener was not attributable to its use of the descriptor “SOFT” but because of consumer affinity towards its high quality, functional and well-priced hygiene, laundry and cleaning product range (this too, from a convert!). Incidentally, our client had been using the descriptor “SOFT” on its fabric softener for a substantial number of years before the multinational took issue with its use through the ARB.

Following its experience of procedural and substantive unfairness in the MAQ-SOFT proceedings, our client fully defended a competitor complaint lodged by the multinational complainant in December 2019, this time on the basis that the packaging of our client’s “SECUREX” soap contravened the Code. It was, similarly to the MAQ-SOFT complaint, alleged that our client’s packaging contravened the Code in two respects namely:

The Directorate of the ARB agreed with our client’s defense and dismissed the complaint in January 2020. Not unexpectedly, the multinational appealed the decision to the Advertising Appeals Committee (“AAC”) of the ARB. In April 2020, the AAC held that our client’s packaging did contravene clauses 8 and 9 of the Code and our client in turn, took this decision on appeal to the Final Appeals Committee (“FAC”) of the ARB, in May 2020. The FAC dismissed the appeal however, afforded our client additional time to withdraw the “offending packaging”.

Following this decision, and the often unfathomable and unpredictable processes and procedures adopted by the ARB along the way, our client decided to challenge the FAC’s decision on its merits, by way of review, and incorporated a challenge against the constitutionality of certain aspects of the ARB, in the High Court.

The main constitutional challenges formulated in our client’s argument were that:

Over and above the constitutional challenges raised, our client highlighted the inherent unfairness of the ARB’s processes and procedures, pointing out for example, that the ARB process is not subject to the same evidentiary structures and procedural advantages that passing off, copyright and trade mark infringement claims (which clauses 8 and 9 of the Code essentially come down to) enjoy in a court. The giving of evidence under oath is fundamental to our legal system in order to maintain the integrity of the evidence to be scrutinised. The absence of such an integral evidentiary onus in the ARB runs counter to the proposition for evidentiary rules in a court system, which are in place to preserve the sanctity of fairness of the court system.

Judgement in the matter has yet to be handed down.

(This article is provided for informational purposes only and not for the purpose of providing legal advice. For more information on the topic, please contact the author/s or the relevant provider.)
AdvertisingAdvertising and Marketing Industry Code of PracticeAdvertising Regulatory Board (ARB)Code of Advertising PracticeConstitution of the Republic of South Africacopyrightcopyright infringementcourtDispute Resolutionevidencehigh courtinterdictjudgmentMemorandum of Incorporation (MOI)trade mark infringementtrade marks

Sara-Jane heads up Eversheds Sutherland's Intellectual Property department and is a specialist in the field. She advises a variety of clients on various aspects of intellectual property, including but not... Read more about Sara-Jane Pluke

Sara-Jane heads up Eversheds Sutherland's Intellectual Property department and is a specialist in the field. ... 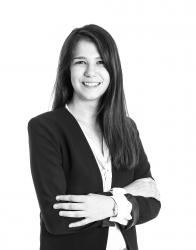